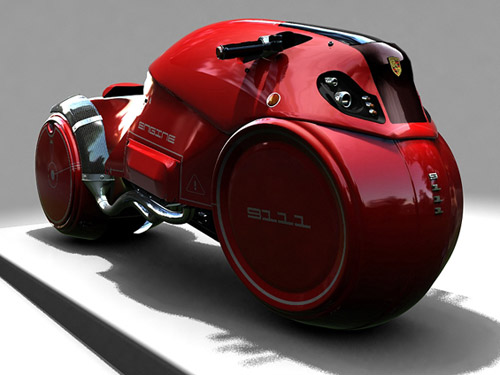 Now be a style icon with the Icare high-end futuristic bike. With it’s unconventional looks, breathtaking design it surely is a dream come true for all the bike lovers. The Honda Icare motorcycle concept is powered by a 6 cyclinder 1800cc engine and designed by Enzyme in Paris. The I.Care motorcycle is meant to be the Aston Martin of the two-wheeled world with speed. The good news is that Enzyme’s last concept actually went into production (the Atomo V1000), so the Icare has a shot of making it to the marketplace. 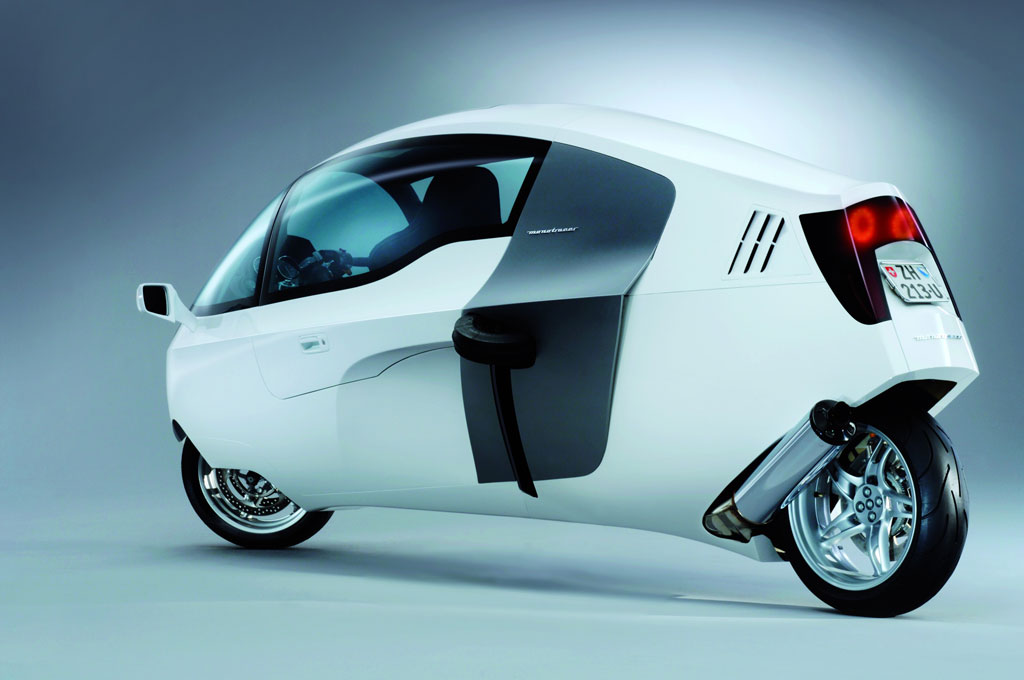 Peraves MonoTracer Jet Bike is a vehicle straight out of the future. The aerodynamic design helps this bike top off at 155 miles per hour. The controls for this bike are similar to a car, with pedal operated accelerator and a steering wheel. It even has two doors and two seats. The Peraves Monotracer is a new, updated and more attractive version of the Swiss-made Ecomobile. The MonoTracer Jet Bike is truly a millionaire boy’s coolest toy. 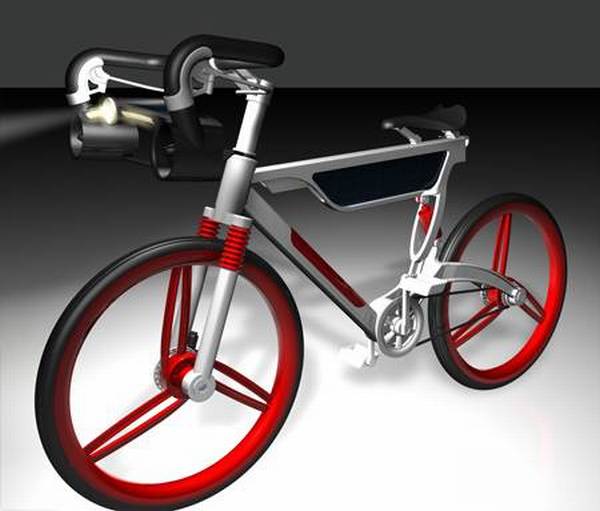 The eco-friendly wind-solar new concept bike is an answer to the uphill riding problem faced by most bikers where pedaling up a steep slope can knock the wind out the healthiest of us all. That’s why we need hybrid bikes like the Wind-Solar Energy Bike. Covered with solar panels while having a spoiler fixed below the handles to help provide lift force for lightening the weight of the bike as you cycle. A motor and electricity coils setting is designed at the Front and back wheel. It can produce electric energy while rotating at ordinary times. When the Winsolar is climbing a slope and the biker too tired to pedal, he can switch over to the automatic motor, to make the ascend. 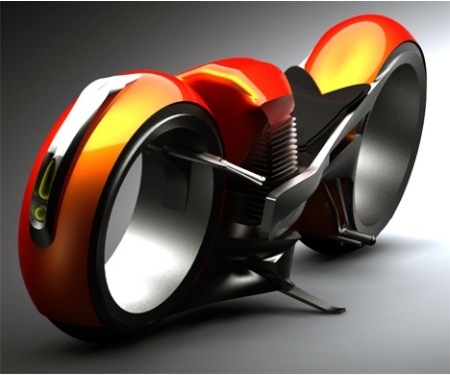 The Harley Davidson model of motorcycle is a one of a kind — instantly recognisable on the road but is perhaps a bit too Tron-like for most Harley riders, he has been sure to keep intact the company’s iconic air-cooled v-twin powerplant. It features big wheels with bearings and a powerful 883cc engine. The rest of the design elements are new though, with a hubless drive system being the centerpiece of the design. 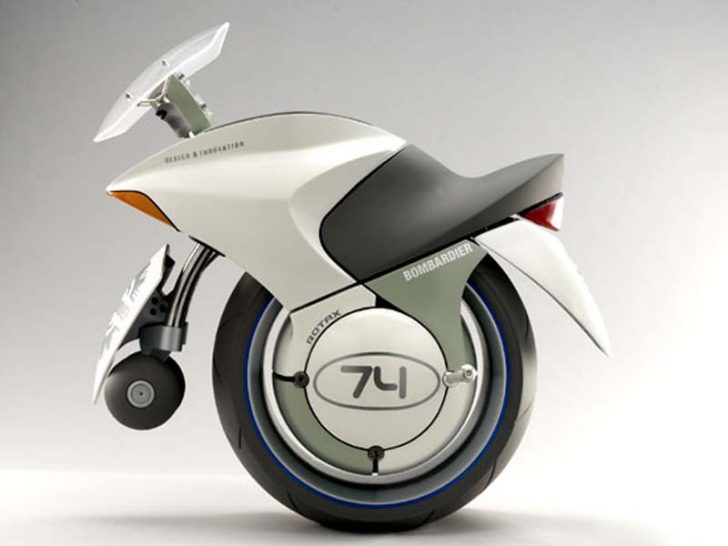 The Bombadier Embrio is powered by a hydrogen fuel cell emitting only water as a by product driving an electric motor powering the main wheel, it is gyroscopically balanced, one-wheeled recreational and commuting vehicle provides an extraordinary vision of the kind of personal transport we could be using in near future. The riding position will be similar to a motorcycle with a complex series of sensors and gyroscopes balancing passengers on the single wheel. The rider activates a trigger on the left handlebar to accelerate and turns are made by shifting body-weight rather than actually steering. This robotic unicycle is capable of reaching highway speeds.

This new bike has taken the biking world a step further as this monster bears no semblance to any existing concepts. Instead of the conventional ways of steering, the monster has an electromagnetic sled located behind the front wheel and the rider has to control the impulse with two independent handlebars where the front light is mounted. This machine looks like a crossover between a chopper and an automotive soldered android. The bike also has a glass tube radar system, which helps in navigating the giant. 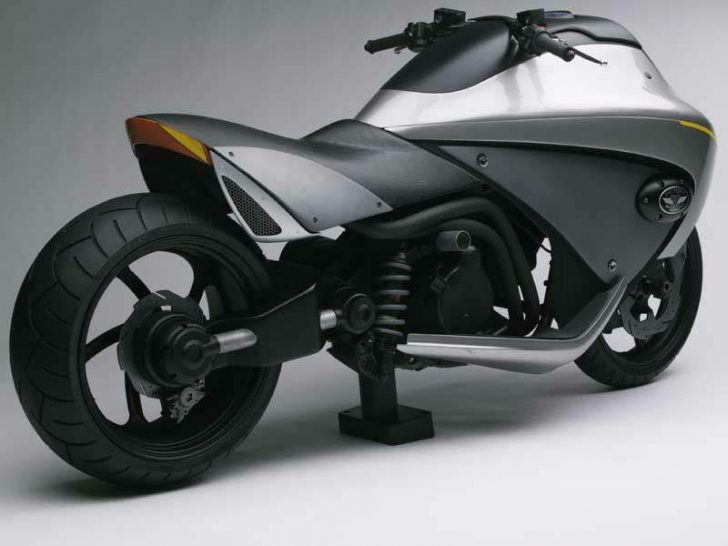 Victory Motorcycles have traditionally crafted motorcycles of the big V-twin cruiser, Harleyesque genre, but the signs are beginning to point to a more diverse product range in the not-too-distant future. The Victory Vision 800 is a true concept bike, designed to show just how radical Victory can think. It uses a 800cc, parallel-twin engine with a Continuously Variable Transmission. With the absence of clutch and gear, all the foot controls are shifted to the handle bars. 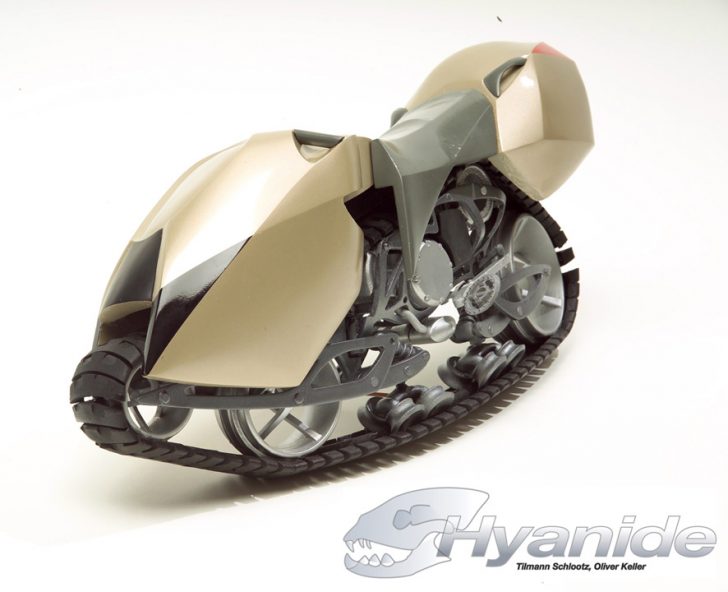 This motorcycle is equipped with tank-esque treads to turn it into an all-terrain mobile. The Hyanide is also capable of making sharp and fast turns with a advanced turning system that bends the entire frame of the bike to properly make turns. Powering the concept is a 500cc engine derived from a snow mobile. This single cylinder, oil cooled engine is capable of producing 60 horsepower that could product a top speed upwards of 85 mph. 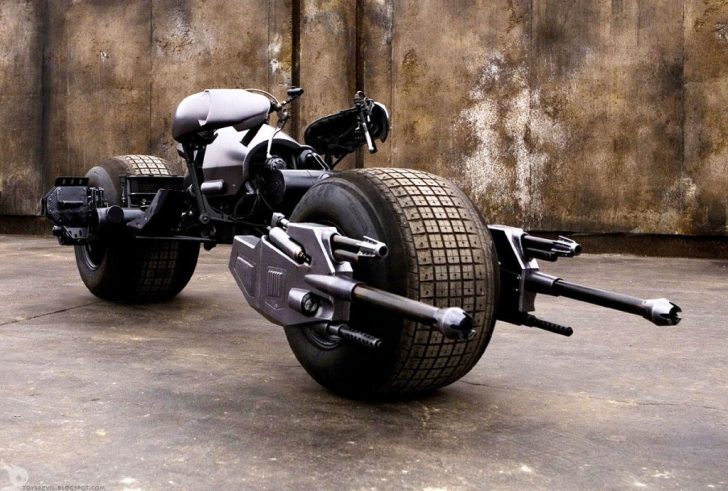 The Batpod made its appearance for the first time in the last Batman movie, The Dark Knights. The Batpod was designed for the movie by Nathan Crowley and is powered by a high-performance, water-cooled, single-cylinder engine – geared toward the lower end for phenomenal acceleration and lack of exhaust pipes. 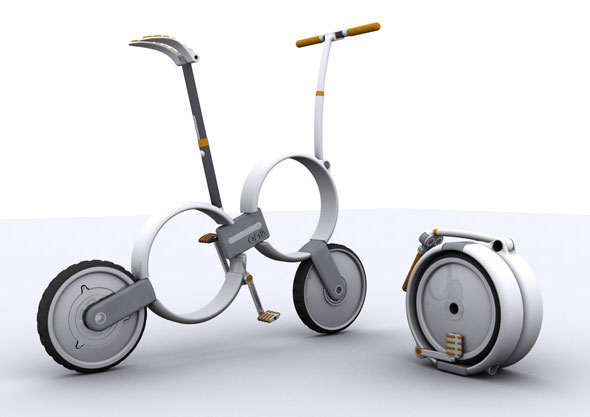 Sometimes you really wish it were easier to keep your bicycle with you throughout the day, through bus rides, at the store or at the office. ‘One’ provides a real solution to the problems involved with urban transport. With congestion rapidly clogging up the roads the need for products that can free individuals from their car are in real demand. This folding bicycle by Thomas Owen has a futuristic-looking design that compacts into an incredibly small super-portable package. A prototype ‘One’ bicycle was made, but it doesn’t look like it is quite road-ready yet but it will be soon on roads in near future.